Going For The Gold, And Nothing Else 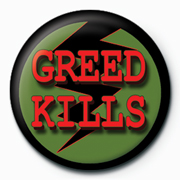 The ratings for this years Winter Olympics are at all time lows. So, NBC, I’m going to save your tired old ass and tell you why. There’s one big reason, and a bunch of little ones. The big one can be summed up in three words: “Too Many Commercials.” At some times there’s almost as much time spent on ads as on coverage - two ski runs, then 5-minute commercial break, lather, rinse, repeat.

Not even the Super Bowl is chopped up this bad. Actually, that’s a good comparative metaphor. If they produced the Super Bowl like they’re producing this year’s Olympics you’d have a 5-minute commercial break on every first down. Who’d watch that? No one.

In NBC’s corpulent greed to monetize the living hell out of this event they have ruined the thing and made it unwatchable to most Americans. So no wonder everyone’s watching moronic drivel like American Idol instead.

So what else is wrong? OK, how about their franchise anchors. Dull, dull, dull - it’s like watching AM radio. Which is not to say that someone like Bob Costas is a bad sportscaster. He’s not. He’s great. When he’s allowed to say something. But you put a guy like that in a Martha Stewart-esque set and script him for a G-rated audience (and a corporate-sponsored Team America one at that) and what you see on the air is what you get.

And many of the athletes, while quite accomplished, just can’t convey their enthusiasm for, or knowledge of, the sports on camera. So they sound lost and out of place - which affects the whole vibe.

Next, all the “human interest” crap. Yeah, some of these people have stories which are worth hearing. But it’s overdone. There are enough soap operas and reality shows on the air as it is, please don’t turn sports into a flavor of that drivel. And also, while we’re at it, don’t try to turn every slight bit of news into a major headline. NBC is trying so hard to manufacture News at this event that if a skater gets a hangnail NBC wants to change the Terrorist Alert status to red.

It’s too late to save this Olympics coverage. America has clearly tuned off. Even if we didn’t suck at a lot of these events the coverage is so bad that it’s not worth the time to watch.

But for the next one, lets hope that some network executive tries to think (yeah, right) out of the box (double yeah, right) a little and make the event interesting and exciting to watch. Hell, hire John Madden to be the main anchor. He don’t know Jack about figure skating but he learns fast and gets into whatever sport he’s watching.

And find a better way to get the commercials in. With all the technology available these days I cannot accept that they need to break away at close to a 50% duty cycle to run ads. Think of it this way, who’s going to pay for those expensive ads next time given how crappy the ratings were this year?

The Networks need to find a Better Way, because the old formula no longer works.

You’re welcome, NBC. Email me and I’ll let you know where to send my check.