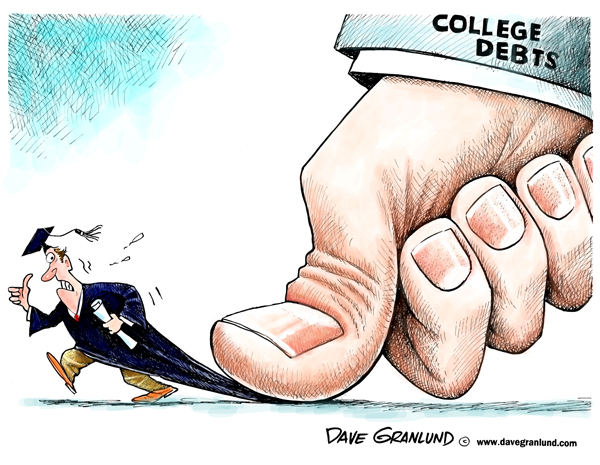 OK … for starters … I think people trying to better themselves through getting an education and getting a better job is a great thing. A wonderful thing. Certainly better than being stuck in a dead-end job, living in a bad neighborhood, etc. etc. etc. But the good folks (they are “educators”) at places like DeVry and ITT Tech. are pushing the envelope these days. I see their ads on TV every night, and being someone who grew up with the high-tech industry, and have been working in it for twenty-five years, well, the lies get hard to watch.

To begin with, jobs in computers and IT just aren’t as easy to get as ten years ago. Between the recession and the rampant out-sourcing of jobs to Eastern Europe and the Pacific Rim, the opportunities are severely limited. And companies would prefer to hire someone from a 4-year college, or with some experience.

But the ads on TV make it sound like after a 2- or 3-year program you can become a Director of IT overnight. Or be buying houses and cars. Sorry. Ain’t gonna happen. The tech-sector doesn’t pay like it used to - again, thanks to the recession and outsourcing. If the on-shore IT staff gets too expensive the entire department will be shit-canned for bargain-basement help from India.

You see, most corporate management doesn’t understand IT or technology in general. It’s a necessary evil. The notion that software development is a creative occupation is something they try to ignore. People in engineering and IT are droids - replaceable grist for the mill.

So when you get your degree from DeVry or where ever, the world will not beat a path to your door. Odds are you will end up in some 4th or 5th tier company running a mediocre web site or internal IT organization. Of course, this is still better than working at Micky-D’s or Booger King … but it sure ain’t what the ads on TV promise.

As bad as all this is the new “degree programs” are even more misleading. The one which really stands out is for the computer games and animation program at DeVry (“devrypowerup.com”). Everyone wants to work in computer games … well … maybe not everyone … but a lot of people do. It’s the biggest techno-sandbox you can play in without needing a Ph.D.

Getting a general purpose degree from one of these “convenience colleges” at least gives the graduate a range of possible employment. But a narrow focus like games and animation is a set up. Game companies usually only hire top talent - the best animators, coders, network engineers, and so on. A degree from DeVry won’t even get past the first round of screening at any decent game company.

So the graduate will invest thousands of dollars and hours in a degree that has very little chance of getting them any job. Let alone the job they hoped to get with the investment. About the best that could come from it would be a position doing incidental 3D or 2D art for a title, or possibly doing grunt rendering for animations. Nothing fancy - it would be a job “in the game industry.” But no way, no how will you be “designing the next great video game” like the ads promote.

The bottom line is there are no short-cuts. It is “possible” that with a 2- or 3-year degree from one of these “universities” that someone could get in the door at a good company and launch a great career in high-tech. Stranger things have happened. Especially if the person in question has the basic talent but could never afford college before to allow it to flourish.

But as always: “Buyer Beware.” If you are reading this and are thinking about signing up for one of these colleges; do yourself a favor: ask someone … anyone … who works at the kind of company you want to work in what odds that degree gets you of the job that’s being promised in the ads. How mant years will it take you to work up to “Director of IT” or “Game Designer” once you get in the door.