(Note that neither of us have touched this in years. It was a concept that got part way done before life got kind of complex for me.)

Below is a mock-up of a 3-country terrain I want to build. I constructed this prototype in Bryce and now have to convert it to a height map, then start learning the AH Terrain Editor. I’ve also listed the interesting points of this design below. The general idea is to create a map which fosters more realistic operations, and creates more of a feel of invading another country than just crossing some imaginary border.

NUTTZ built the prototype of this terrain, its awesome work! 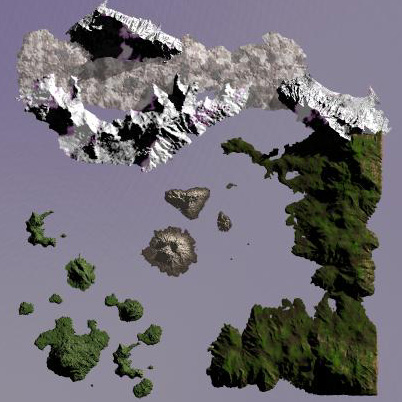 In keeping with each country’s different motif, each land mass also has different strengths and weakness in terrain. The North is protected by mountains, but that makes it also harder to launch outbound - the flatness of their steppes also means a land assault can really get rolling against them. The East is wide open to attack, except it has the highest elevation HQ and main bases - meaning it can launch heavy bombers better, and protect against them as well (bombers at 25K aren’t as safe when the defending fighter base is at 15K). The SouthWest is vulnerable to sea attack, but because of the island configuration, land assaults won’t work until they’re forced back to the “big island” (only one field per smaller island) - so attacking them will require sustained air assaults with no “cheating” with Osties. 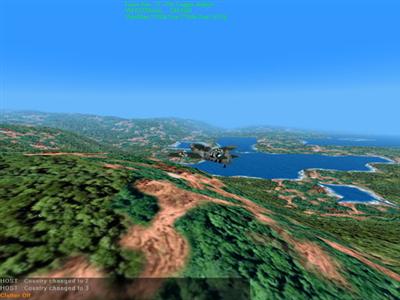 One of the inland lakes in the North (in summer). 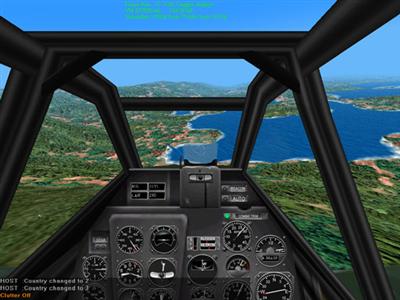 Diving toward the inland lake from the mountains. 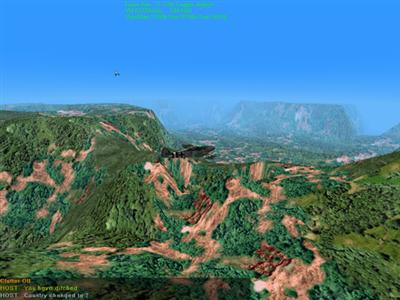 A view of the inside of the volcano. 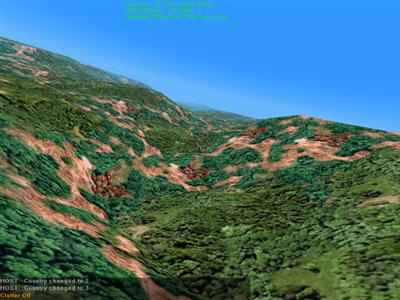 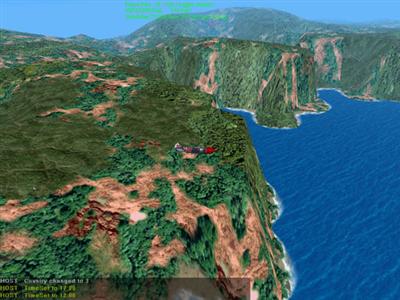 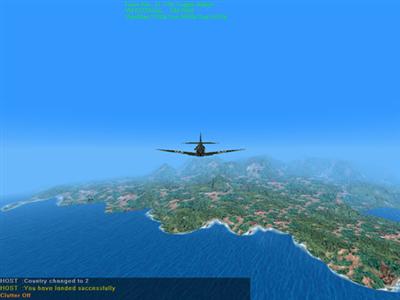 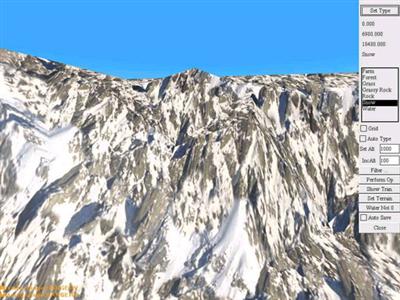