About Blog Graphics Everything

What Fresh Hell Is This? 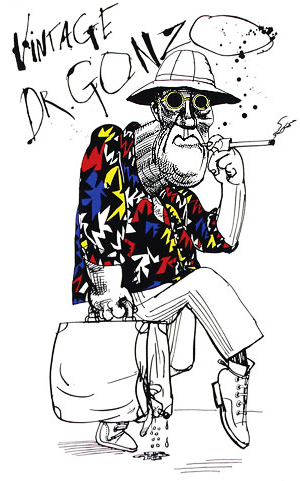 So who the hell am I? Well, I’m not Hunter S. Thompson. Who sadly took his own life a while back. But I love his writing and his style. The man was about acceleration as well as speed. There is a difference.

I am originally from Boston and a “Child of the Sixties” – as such I am probably too old to still talk like such a radical. But growing up between Lexington and Concord I guess some of that Colonial Spirit rubbed off.

“DoK GonZo” has been my online handle since around 1986. I adopted and have maintained this acerbic persona for 25 years now. I will lbe transcribing content from some of my other sites to this one over the coming months – some of these will help clarify the whole “DoK” persona.