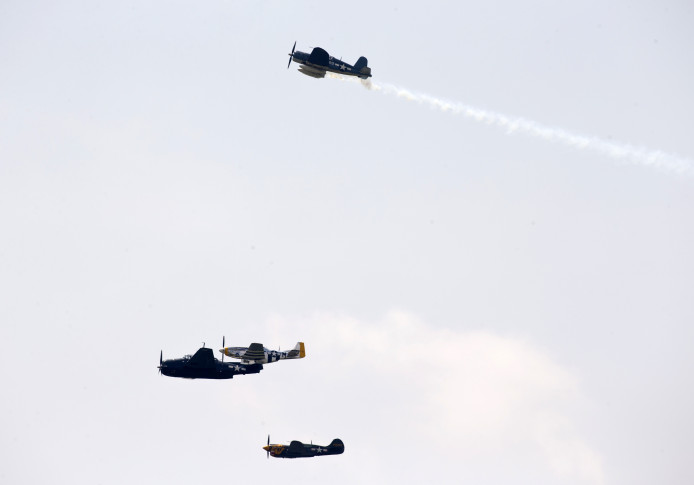 Mark Kaiser passed away during the night of Friday the 29th of November, 2003. For those familiar with the development of WarBirds, Mark was the art director at ICI. A heart attack is the suspected cause, but no precise determination has been made as of yet. Mark was in his early 40’s.

Mark and I first ran into each other in the early 90’s in Air Warrior. Later on when he went to ICI I was consulting there a little and we had another chance to talk briefly. It wasn’t until we both ended up at Motorsims that we really got to work together and know each other. Motorsims was a nightmare overall, but there were some good times. Three of ‘em, I think. One was our Age of Empires binge. Mark, Random, and I really got into that game. The three of us would team up against the AI on max difficulty and get massacred about a third of the time.

You’d expect Mark, the artist, to be the most flambouyant player. But he was “the builder” - while I was scurrying around with a horde of cavalry, and Random was crushing things with rock throwers, MkIX was building fortifications and raising a huge army. When all was ready, he’d let loose a swath of destruction.

As an artist, MkIX had a nice refined style. Subtle elegance, no doubt a by product of his classical training. As we got to know each other and the initial distrust wore away, we found that we were both “east coast” guys and shared very similar values and viewpoints.

We each left Motorsims for our own reasons and MkIX started a company with his brother. For two years he poured his heart and soul - and most of his personal wealth - into Viewmetrics. In fact, I moved down to L.A. in October to work with him. For the two years prior we’d talked about his company and I offered what insight and support I could. I was also starting a company and he and I often commiserated about the difficulties (read: insanity) of starting a business in the middle of such a harsh recession.

Things were finally looking up - the company was bringing in money and some very big players were interested in setting up meetings. Which makes this all the more tragic as “the worst was over.”

The last time I saw Mark was about 10 days ago at his house. His brother and Dave LeRiche were there and we were planning the next steps for the company. Mark was the happiest and most relaxed I’d seen him in years. He had his dog and his guitar and was renting a nice big house with lots of space. He could see things were finally going to start getting better.

This would be easier to take if he’d been hit by a bus or some kind of “act of God” accident. But he just died at home - so suddenly he didn’t even have time to dial 9-1-1.

Through WarBirds MkIX touched a lot of lives - both for the people who played the game, and the people he flew with and against. He was a gifted artist and a good friend. He will be missed.