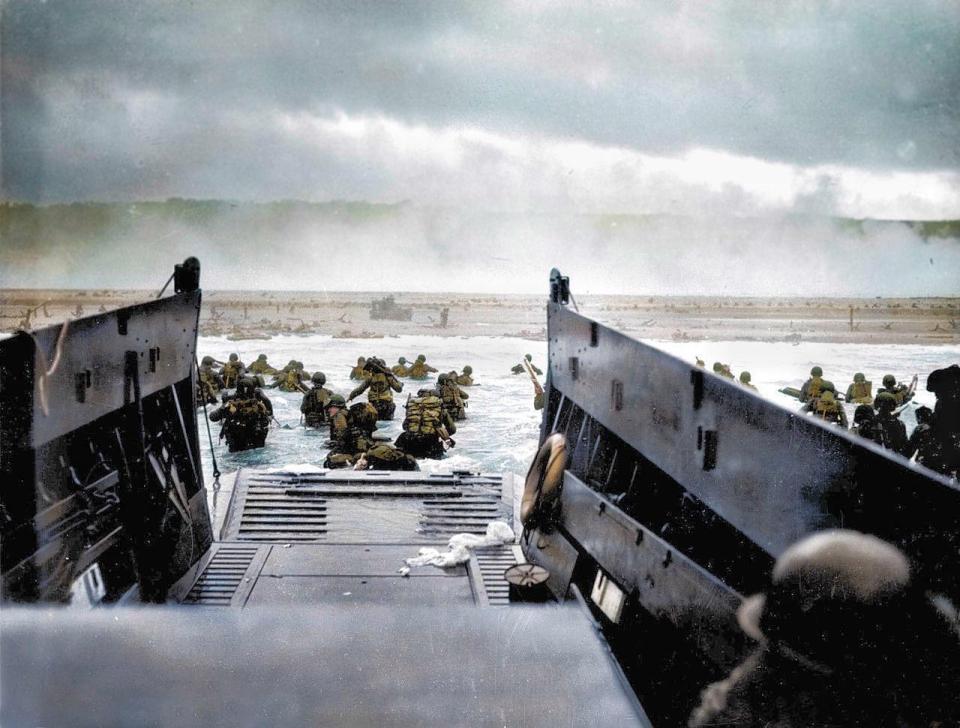 There’s been a lot of really interesting stuff on TV this week about D-Day. They’ve been unearthing aerial recon photos and other documents that really highlight what an insane thing it was pulling off that invasion. America suffered over 8000 casualties on that day … fighting to free France. Isn’t it reassuring to see that the current French administration remembers this. Ho ho. Right.

World War II saw incredible advances in many areas. Technology especially. In 1939 many countries were still flying biplanes or were fielding their first monoplanes. Rifle calibre machine guns were the primary armament for most combat aircraft. The German Army’s tanks were also mostly machine-gun armed in 1939, yet they defeated Poland in a matter of days, and 6 months later over-ran France in a matter of weeks.

By 1945 the world was in the jet age and facing nuclear war. Radio sets were available down to the smallest operational units, contrary to the carrier pidgeons still in use at the outbreak of hostilities ny many armies. Aircraft fielded multiple 20mm and 30mm cannons, capable of destroying tanks and smaller warships. The world was mechanized.

And there were big political changes. Germany would never again be a major power, or a major threat. France’s role in the world would continue to decline. America was no longer some upstart with a crippled economy, America was The Superpower now. The only country capable of mobilizing manpower, technology, and industry fast enough and in such quantity as to be unstoppable. Russia was also transformed into a superpower by weight of numbers and toughness. The world would never be the same.

And here we are 61 years later. The world seem just as contentious as it was in 1938. Europe can’t get along. Small wars, fanatics, and military actions are cropping up in the Balkans, Africa, Asia. America is struggling through a recession. The more things don’t change, the more they stay the same. About all that’s really changed, it seems, is that now everyone just assumes the US will spend money and lives to put down any conflicts which threaten The Free World. For which we get a healthy dose of derision from that same Free World. Wonderful.

What does it all mean? Who knows. But the historical parallels are interesting. As is seeing D-Day commemorated on French soil - knowing that it’s doubtful that anyone on The Continent grasps the tragic irony in light of more recent events.