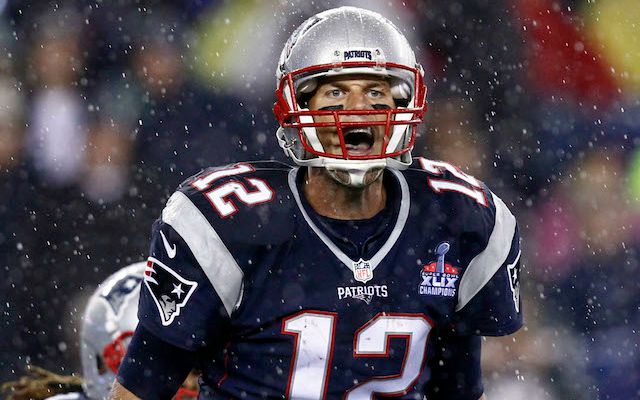 Today’s game against the Steelers was starting to look like last year’s debacle, and a return of the malaise that plagued the Patriots for so many years. Horrific penalties, bad bounces at the the worst time - often resulting in turnovers, and injuries. Harrison and Light both having to be carted out.

The offensive line seemed to crumble when Light went out. And the Steelers were completing big pass plays. As a long-time Pats fan I’d seen days like this before. Days when everything went wrong. When the score was 13-7 and the Bad Mojo was whipping the Pats like dogs I switched it off to go get groceries. I don’t know why I did - as bad as things were going the Steelers were still only up six. New Englanders have long memories, and the Pats for so many years really stunk.

When I looked back in on the game it was 17-13 New England. Brady had just gone 8 for 8 on the drive and they were back on top. The offensive line was playing better than before Light went out. The defense had stomped the vaunted Steelers running game and “Big Ben” came very close to getting picked off a few times.

Things were very different indeed. With the score now 20-13 the Steelers made their last drive. Aided by the typically beneficial calls that Cowher seems to get at home they scored with about a minute and a half left. Before the Bob Kraft era I would have said they were doomed. Things are very different now.

You could see it on the benches. The Pats just knew that they had the game won. The Steelers looked drained. A good punt return and a couple of great passes to Faulk and Pass in the flats and suddenly the Pats were within field goal range. While the commentators were discussing if Brady would try for the end zone the Patriots just let the clock run.

And then with about twenty seconds left Vinatieri trotted out as casual as can be. With four seconds left he kicked the winning field goal. One second left for the Steelers.

It was amazing to watch. And not just because I can’t stand Bill Cowher. Any other team would have buckled under the bad bounces, bad calls, and injuries to team captains. The Patriots not only overcame all this and created their own luck, they actually played better by the end of the game - after adjusting to the injuries. What other team can re-construct half their offensive line and half their secondary on the fly in the first quarter, and be playing better football at the end of the game that they did at the start?

And in these days of war, terrorism, hurricanes, and a seemingly endless supply of Bad Mojo, there is a lesson in the Patriot’s performance for us all. As Winston Churchill said in 1941: