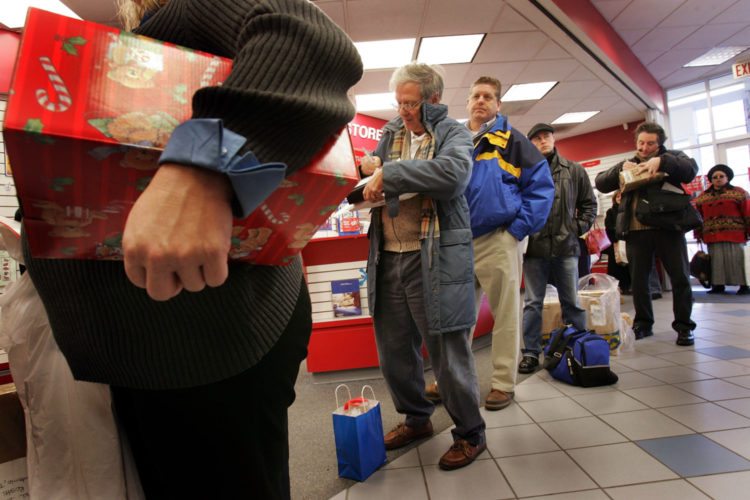 So I had to go pick up the pile of junk mail which had accumulated. I forgot to check the mailbox here at the apartment for a couple of days and there was just too much crap to fit. Now you’d probably expect this to be a rant about how slow the Postal Service workers are and how busy the Post Office is this close to Christmas. Well, it ain’t. I expect a certain pace of work from the folks working at the P.O., and I expect things to get busy this time of year. That ain’t it.

What is the problem is how crushingly stupid the people were who were also in line. Not just stupid, but inconsiderate of everyone else. The typical L.A. syndrome of thinking of themselves first, last, and always. To whit:

Get a clue, people. The Post Office is slow enough as it is. But rampant idiocy on this scale grinds what’s an already glacial process down to something beyond absurd.