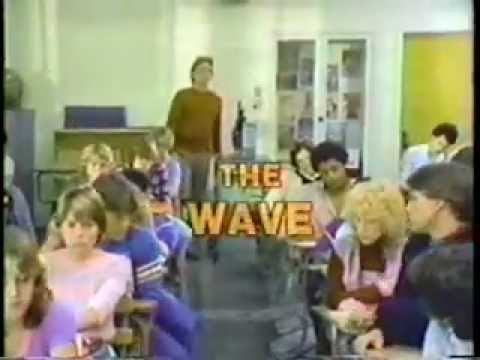 Someone posted a link to this video on Twitter recently. I saw it when it first came out back in the ‘70’s. Powerful stuff.

The movie The Wave is based on a novel by Morton Rhue and is based on a true story that happend in 1967 at Gordon High School in Palo Alto. The teacher starts anexperiment with his students trying to show them how theNazi regime was able to invluence so many people and why no one stopped them.

He created his own symbol (the wave), a dressing code, behaviour rules and a motto:

The message is simple - what happened back in the 1930’s and 1940’s wasn’t so “unique” to Germany or to that era. It’s part of the human condition.