A Salute (of sorts) to the Bruins-Canucks Series 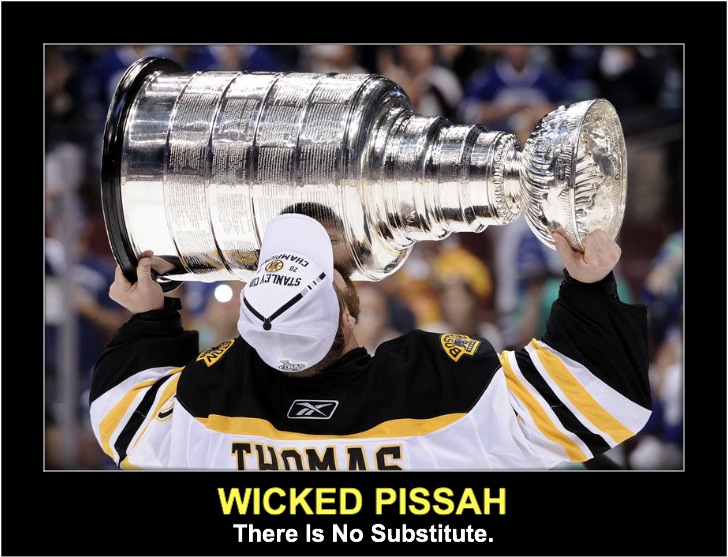 This was a tougher road for a younger team. Tim Thomas in goal was just astounding. I’ve watched some of the greatest goalies over the years, but what he did was amazing.

What brought on this bout of Photoshoppery wasn’t just the dirty play of the Vancouver Canucks, but more so the moronic rioting and looting perpetrated by their fans after they lost Game 7. They tore the place up. Now, coming from Boston, we’ve had our share of heart-breakers (pronounced “Haht-Breakiz”), but we never went on a rampage because one of our teams lost. That’s stupid.

Anyway, I felt such idiocy deserved some attention, so … 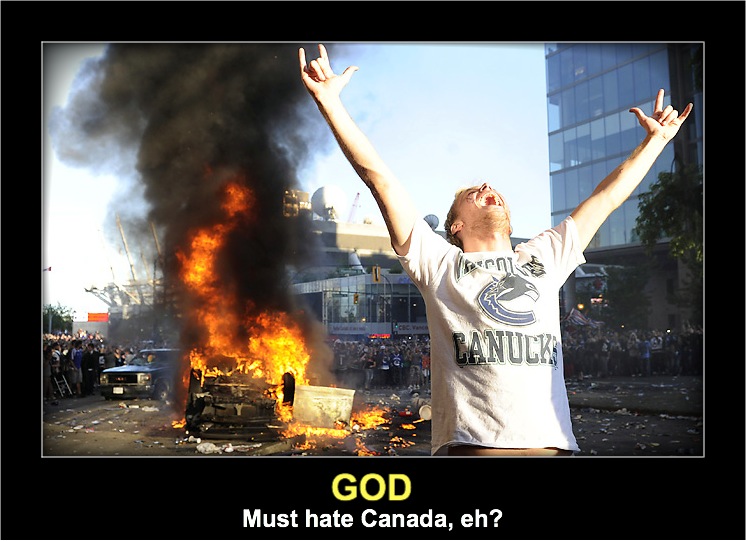 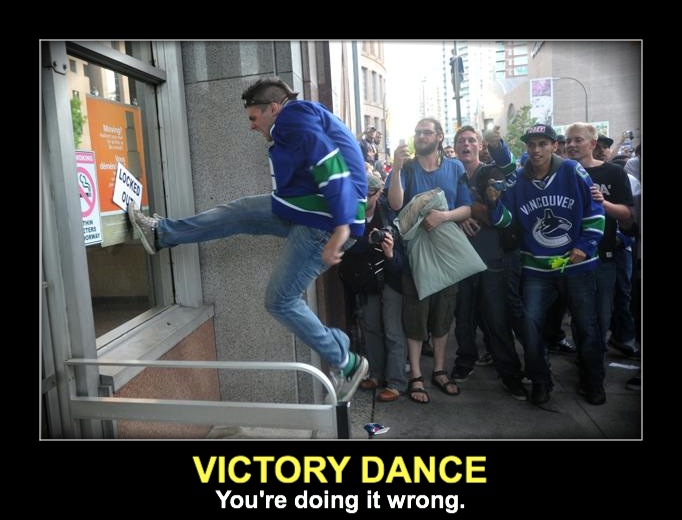 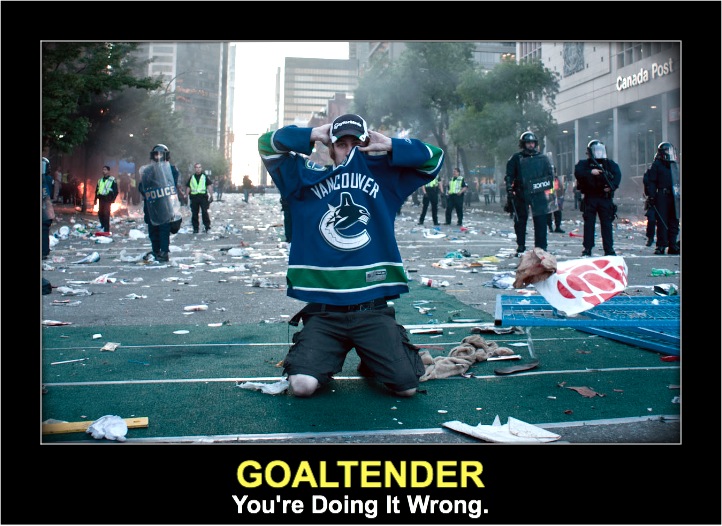 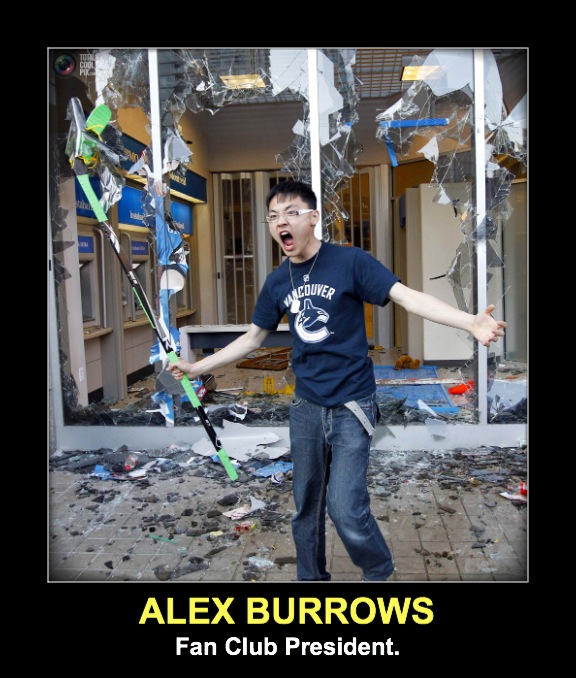 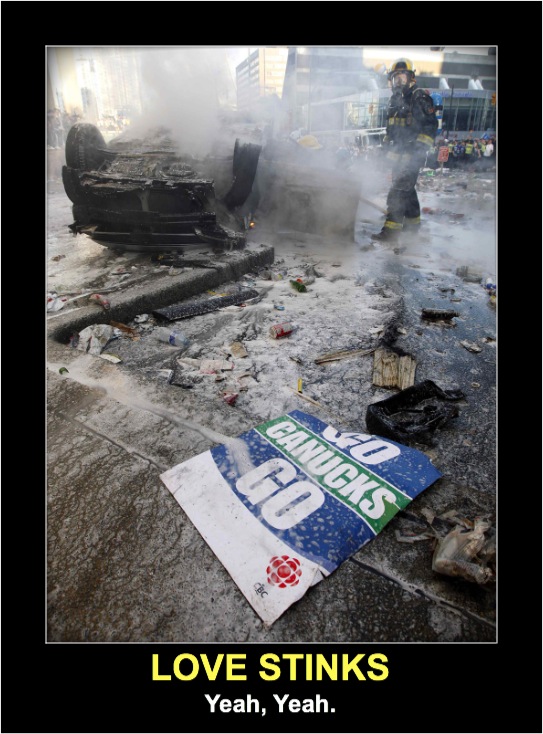 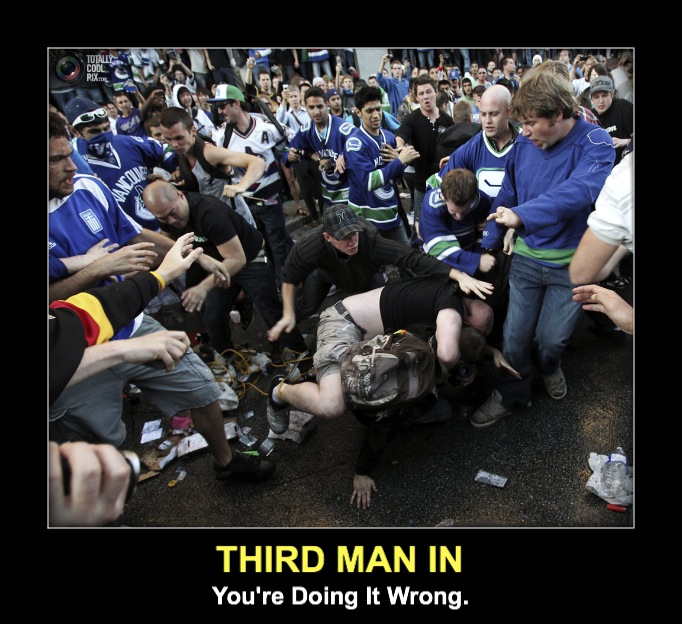