Spy Hard : How The NSA Can Win Back America's Heart

… or at least make itself more useful to everyday folks. 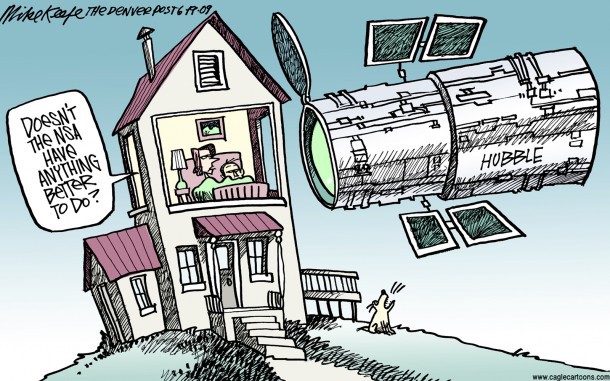 So the National Security Agency has been caught and leaked and everything else. We not only know that Our Government has been spying on us, but we now know that they spend more time spying on people at home than on those overseas. Quite a change from the Cold War; I guess working at Best Buy wasn’t an option when that whole thing ended.

It has been almost 12 years since 9/11 and saying this was all done “for our protection” or “National Security” or “The War on Terror” simply doesn’t cut it anymore. Americans stay afraid just so long, and then we get back to work and everything else we do. So those explanations won’t work anymore - and they don’t excuse what was done.

“If Tyranny and Oppression come to this land, it will be in the guise of fighting a foreign enemy.” – James Madison

Obviously, sending some people to jail would be a good start to mending fences with America. By “some people” I, of course, refer to the people who put this clandestine and un-Constitutional mechanism into motion. But that won’t solve the bigger problem of losing America’s trust, all that does is slay a few sacrificial lambs.

What the NSA needs here is marketing. They have this really cool technology that’s simply been given some really heavy negative spin. They need to spin it back in their favor. Make America love what the NSA is doing, and then they can just keep on doing it without being bothered with annoyances like civil rights.

For starters, they shouldn’t describe what they do as “collecting data” or “surveillance.” They should call it “remote archiving.” “Archive” sounds like a nice quiet library, where you can read a good book while sipping tea. They’re not spying on you, they’re just saving things in case you (or, more likely: they) need them later.

And if they’re saving things for you, well, they should be able to get them back as well. So, for a modest fee, the NSA should provide data restore services for email and online passwords. I mean, who could be safer to store your passwords with than the NSA? Their middle name literally is “security”!

Next, just like you can get your credit score when you’re trying to get a loan or credit card, the NSA should provide a way to log into their system and see just where on the scale of “model-citizen-to-radical-terrorist” you fall. Knowing that you scored high on the side that could get you an endless vacation at Gitmo could make your next trip to the airport worth avoiding.

And, lastly, the NSA should license Apple’s SIRI technology, and then provide an app so you can ask: “NSA, what’s my password to this site?” Or “NSA, what time is the flight I booked to New York?” Or “NSA,where does your satellite show that I park my car?” Yes, the NSA could be your ultimate electronic assistant. And the beauty is, you never have to tell it to add information … the NSA reads it all already.

But seriously, folks. What the NSA needs to do is make a not-so-subtle change in how they approach this data-gathering regime. Rather than preemptively violating our Constitutional rights, they should:

(a) Request that providers put in indexing hooks of their design so that when they are granted a warrant on someone, they can get the data they need to do their jobs as fast as if they already had been collecting it.

(b) Data which would be deleted from a providers servers due to age are instead archived on the NSA’s servers, but as encrypted and access-monitored digests. The passwords to which are only granted upon execution of a valid warrant to obtain the contained electronic records.

The NSA, FBI, CIA, etc. have to deal with some crazy, evil bastards and the truth is that everything happens online now. I don’t deny that these agencies, at some point, need access to this data. But preemptively treating the entire US population as potential terrorists is not the way to accomplish this. Turning America into a WiFi version of Stalin’s Russia kind of defeats the whole purpose.

At the same time there have been many recent abuses of power by federal agencies, including the DOJ and IRS (not just targeting the Tea Party, the IRS is also being sued for stealing 60 million medical records). So expecting the American People to blindly trust a federal agency with our private email, text messages, and phone conversations simply is not a reasonable thing at this point. Telling us “if you have nothing to hide you have nothing to fear” from illegal electronic surveillance is not going to cut it when all we have to do is turn on the news and have nightly reminders that federal agencies cannot, in fact, be trusted.

There is no easy fix. Transparency has the disadvantage of providing information to crazy, evil bastards that could hurt us. But we also have the right to privacy and the right to know when we’re being eavesdropped on by our own government. Right now the balance is skewed way too far against the citizenry, and that can lead to some real ugliness down the road.

“The illusion of freedom will continue as long as it’s profitable to continue the illusion. At the point where the illusion becomes too expensive to maintain, they will just take down the scenery, they will pull back the curtains, they will move the tables and chairs out of the way and you will see the brick wall at the back of the theater.” – Frank Zappa